Way back in September we participated in a blog tour for the release of S. L. Eaves' book, The Endangered. Part of the material provided to those of us hosting the tour was an Advance Review Copy of the book. I started reading it right away but then life got away from me and I didn't finish it until Christmas. All of which means that this review is four months later than planned. (Warning: There may be Spoilers ahead.)

The story itself is excellent. It's not your typical Vampires vs Werewolves story. Instead it reads more like a female Jason Bourne vampire thriller in which the bad guys just happen to be werewolves. That means it is light years away from what I was expecting when I started reading.

The female lead is well rounded and the book doesn't just gloss over her life prior to being turned. She has feelings and a bit of a chip on her shoulder before hand and that chip seems to get slightly enlarged by being brought across. She's also ill, though she doesn't know it until later, which leads to my favorite passage in the whole book. She goes into a church and has a monolouge at God about predestination and vampiric evil.

As I mentioned above, the copy that I read was an ARC and as such I am going to assume that the jarring tense changes and typos (all the werewolves apparently have fury bodies rather than furry ones) were fixed before it was released. If so I give The Endangered four stars out of five. If not then it drops to three stars.

So to quickly recap, S. L. Eaves delivers a wonderfully thrilling tale of intrigue between vampires and werewolves that is well worth your time. Now, go grab a copy today via Amazon or Barnes & Noble. 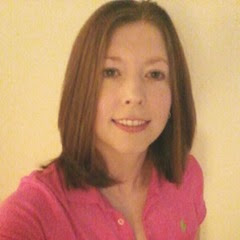